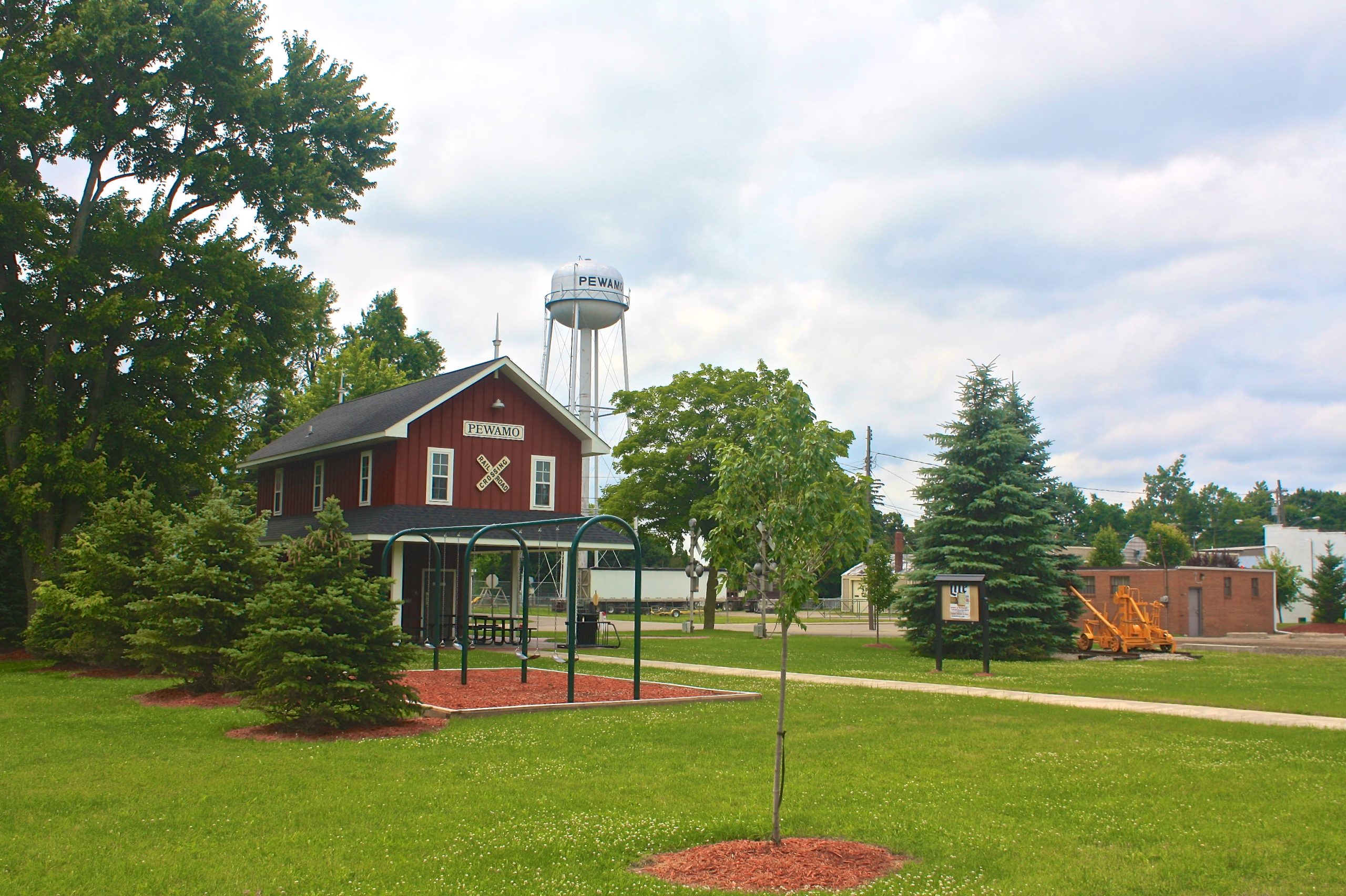 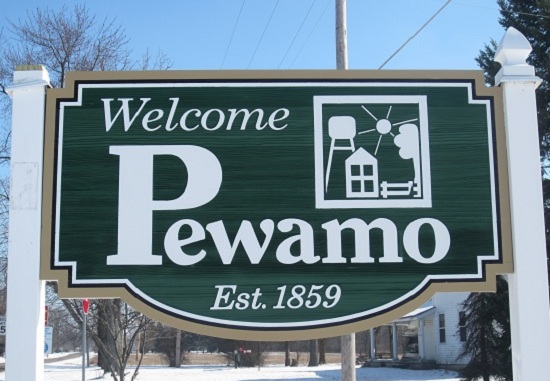 Originally settled in 1834, the Village of Pewamo was incorporated in 1859, and proudly celebrated its Sesquicentennial in 2009. Pewamo prides itself as a family-friendly, zoned community where you can enjoy small-town living, but still have easy access to the amenities offered by cities such as Lansing and Grand Rapids.Recreation opportunities abound in Pewamo. We have a nine-acre Village park with ball fields, tennis courts, pavilions, and lots of playground equipment! We are very excited to have the Fred Meijer CIS Trail passing through Pewamo. We invite you to start your trail journey here or to stop and visit as you enjoy the trail. We have a beautiful trailhead, which is fashioned after the original depot. There are restrooms, picnic tables, and a drinking fountain, which we hope will allow you to take a moment to rest and refresh.

Pewamo is also happy to have Huckleberry Creek Golf Course, which is only a short distance north of town and offers 18 holes of scenic golf! As a part of the P-W School District, Pewamo is proud of the educational opportunities they are able to offer. The Village is home to two elementary schools, one public, and one private Catholic school. St. Joseph Catholic School is a 1st through 8th-grade facility, which is fully accredited. Recently P-W Schools celebrated national recognition when U.S. News & World Report announced top high schools in the nation.

P-W High School was selected as a “Silver Medalist” (in the top 505). To put this in perspective, P-W was in the top 3% of high schools in the nation, and since then they have received more esteemed accolades and recognition in the field of education.

We invite you to visit the websites of our schools. Links are provided under our “Schools” tab.

Village of Pewamo is an equal opportunity provider and employer.

Founded on July 25, 1859, Pewamo can trace its roots to the pioneer spirit of the men and women who first cleared the land and built the institutions and homes that make this community what we know and celebrate today. The town’s name is attributed to a Native American Chief Pewamo and a friendship he had with a local pioneer J.C. Blanchard.

Legend has it that young John Blanchard left home at 14 and found work in a village near the Erie Canal. After earning $10, he walked along the canal’s tow-path (where mules pulled the boats) to Buffalo, New York. He then took a steamboat to Detroit. John intended to travel to Chicago but ran out of money, so he labored at a shipbuilding yard for a short time. Needing more money, he journeyed to the Straits of Mackinac and worked cutting wood to fuel homes and ships. With winter arriving soon, John then traveled south, arriving in Shiawassee Country, where a kind and generous Indian family befriended him. It was late 1836 when the 14-year-old homeless John Blanchard was welcomed by Shaco into his home and given the Indian name Optuse, which means “to drive, to push, to overcome” because “his hustling proclivities were always a wonder.”. Shaco had five sons, and Blanchard became close friends with one of them-Pewamo. The two of them frequently hunted and fished together. It is likely that the young Indian offered the runaway boy much-needed companionship, invaluable guidance, survival skills, and spirituality.

John Blanchard was located in the Lyons area in July 1838, working on various farms for a year, later settling in Ionia and becoming a lawyer. The railroad was moving westward, and in 1857 the chief engineer decided to build a station near Stoney Creek. John, the chief engineer, and a group of men purchased land along the proposed railway. In 1859, the village was incorporated and named Pewamo, honoring the young Indian who befriended John years before. In 1871 Chief Pewamo reunited with John Blanchard on a hunting trip in Canada and was delighted to learn that a village had been named after him. The Indian chief returned to the Pewamo area in 1873 and joined villagers attending the Hubbardston Fair, where he thoroughly enjoyed himself.*

Other early histories of the area dates back to 1834, when the earliest known settler, Franklin Chubbs, set up his home in the six miles between Stoney Creek and Maple River, now the Village of Pewamo. A sawmill was set up in 1836 on Stoney Creek, resulting in the surrounding country providing early supplies of lumber. Chubbs subsequently built the first frame house in the township using lumber from this mill. It is well known that the development of the Detroit-Milwaukee railroad westward was responsible for calling many villages into existence and Pewamo’s history depended largely on the railroad.

You can find much of the Village’s roots in today’s downtown corridor, as well as in the surrounding, original neighborhoods. The 150-year-old community is now home to 500 full-time residents, consisting of young families, business owners, and retirees.

This information was provided by Jenny Wood Shangraw after her extensive research.